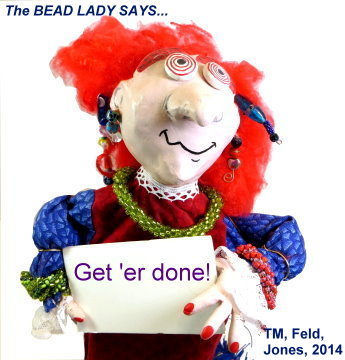 We've gotten many orders for 6mm, 8mm, 10mm and 12mm druk beads to make this wreath. Druk beads are plain, glass beads, in this case, round beads. Martha Stewart provided one set of directions in 1999, and a new set of directions in 2000. In both, we believe she underestimated the number of beads needed, so with some interpretation, your two design choices are:

We have a personal preference for choice "a".

Colors: Ruby (also called Siam) is the color of choice. For a contrast, either Red Opal or Garnet will work. Sometimes the ruby comes in on the lighter side of Siam, and other times on the slightly darker shade of Siam. The "color" usually is a little darker/more intense in the thicker beads, and a little lighter/less intense in the thinner beads.

Some additional informational notes for you:

Red is one of the most expensive colors to make, so there are few color choices in this area for the druk line of round beads. Many of the reds that exist are very close in color in this particular bead, so do not provide much if any contrast. We offer ruby (also called siam), and suggest either garnet (very dark, almost black), and/or red opal (a translucent red), as workable contrasting or complimentary colors. There is a cherry red, but this doesn't have the same effect as the transparent and translucent colors. We used to offer light siam as well, but there is no discernable difference in color between this and the regular siam in the druk line of beads. There is also a dark ruby (or dark siam, sometimes called light garnet) which we do not offer. Again, there is some, but not much color variation between the dark ruby and the regular ruby in the druk line of beads.

Traditionally, there has never been a large supply of larger beads -- 10mm and 12mm -- in any color, because the main purpose of beads is to be used in jewelry, and these larger sizes tend to be heavy, and usually not in style. When a particular bead in size and color runs out, it usually takes 3 or more months before it is back in stock. This is because these beads come from the Czech Republic and must be imported, and also because every color, type and size of bead is not always in production all the time. Beads are usually produced from lightest to darkest. That is, they try to make clear and light colors first in the kiln, and gradually over the course of a few months make darker and darker beads. In this way, they can use the kiln for the longest period of time before having to clean it out.

In both 1999 and 2000, our suppliers ran out of the 10mm size druks around October, and we were unable to fill orders past the first few days of December. The 10mm beads start coming back in stock in February or March.

NOTE: It is also important to get your styrofoam wreath form. Stores run out of these as well. Try these types of places: Wal-Mart, K-Mart, craft stores, floral shops and floral supply places. We prefer the 10-inch wreath that is a half dome in shape. On this wreath, you only cover the domed part, not the back of the wreath. You can also use a completely round (tube) wreath, which you would cover entirely with beads. 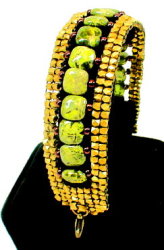 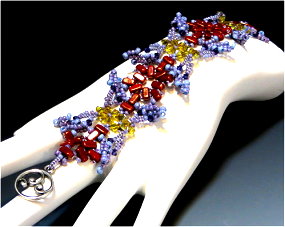 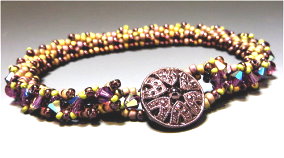 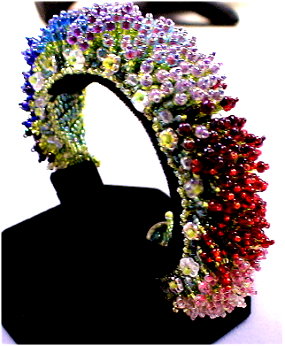 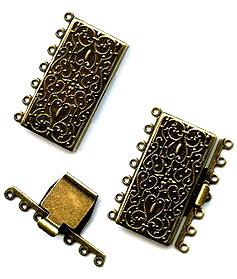 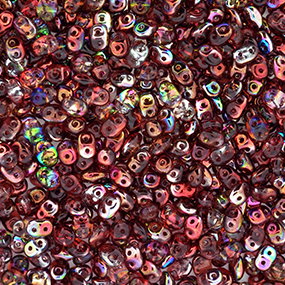